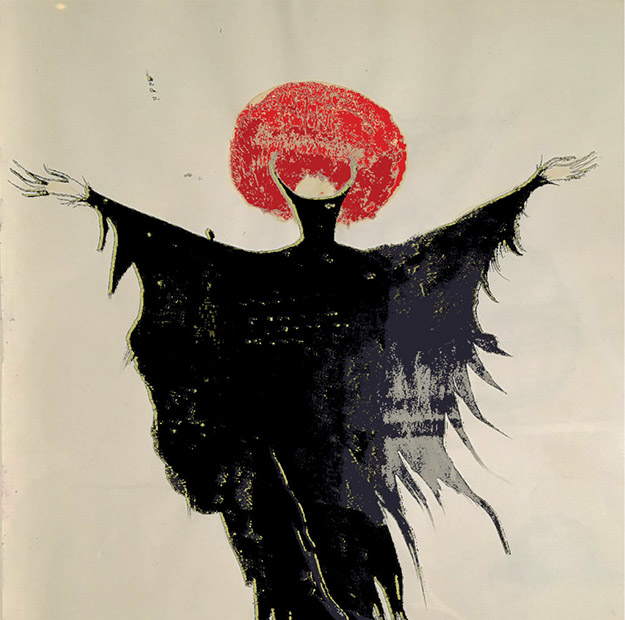 Sugaar Pan has a fascinating etymology behind its catchy spelling. Given the flexibility with words, I'd say this band's music can symbolically delve into the listener's pineal glands! The melodies are mysterious -- an ensemble of searing guitar riffs, dissonance, and hypnotic soundscapes, with the flute's lyrical taunting and control. The obscurity of their tracks is a trip into the deep recesses of essential, recluse art. It's time for the Indiedom to pay attention! In response to my invitation, Iker, the intellectual front-man, agreed to answer some of my prepped musical questions, which I am glad to share with you:

"My name is Iker, I hail from Basque Country (Spain) and for several years I took part in various local projects as guitarist and songwriter under the nickname “Sykonauta”. During my younger years I was into the styles of post-punk, no-wave and the special breed of brutal rock that it’s produced in this part of the world.

In 2019 I met Ale, a musician from Lombardy (Italy). We shared an interest in genres like Krautrock, pastoral folk and obscure psychedelia. So we decided to form this Sugaar Pan thing and produce our own blend of expansive, atmospheric music at our own pace.

Sugaar Pan creates what could be called “psychedelic ambient music”, a mixture of many things like psychedelia, prog-rock, krautrock, post-rock, world music, ambient.

It’s an open project and any other musician we feel an affinity with can take part however and whenever they want, no matter if they are local musicians or people we’ve met on the Internet.

Finally we have done some collabs with other musician. The latest is a collab with ambient musician Chris Sullins, who experiments with guitar drones."

"It took me many years to learn that, most of the time, the best thing is to keep it simple, even if you’re into ambient or prog-rock. This can apply to production duties as well.

So I’ll go with Lou Reed who nailed it with: “one chord is good, two chords is pushing it, three chords is jazz”. Bands such as The Velvet Underground or NEU! teach us how to hypnotize the listener only using a few elements."

"I’m totally concept-oriented and the same applies to my work with Ale. We think of a topic and fiddle with different scales or guitar tunings to try and deliver the sentiment and meaning of that topic. We start with a basic structure on guitar and keep on building from there.

I’ve been told that language and thought are the same thing. And I think you could put music there too, since music works as a form of language. Even music with no intelligible words can tell a story and convey meaning."

What exactly do you like about making music? (As a band)

"I enjoy hanging out with other friends that are into music, have some drinks and jam along. However, I don’t really enjoy things like doing rehearsals, it feels too repetitive to me.

What I really really enjoy is the process of creation. The journey from silence to sound, the surprises along the way, the differences between your initial idea and the finished song.

There’s some kind of inner journey there too that, in terms of personal growth, makes it all worthy."

"I started playing piano and flute as a kid in the music conservatory of my town. However, my favorite instrument is the electric guitar. I cannot think of another instrument so versatile and, at the same time, so visceral.

With an electric guitar you can be delicate and you can be horrifying. You can sound like raindrops, like an alien string section or like a machine gun.

Rock n Roll might be dead but electric guitar is not going anywhere.

Besides, flute is a characteristic sign of Sugaar Pan’s sound. Both Ale and I play with a Western, Boehm-system, transverse flute. Even though it’s not featured in any published tracks (yet), I also fiddle with traditional flute models, like the Basque txistu and the Chinese dizi.

Lastly, we create our own percussion samples with some African instruments like djembe and darbuka."

If you are not into music, what are your other interesting diversions?

"I like hiking, being in contact with nature, visiting places with an historical background and time-travelling to recreate the stories. It’s a source of inspiration.

Also, hiking is a perfect chance to listen to some indie artists I’ve discovered in the last 2 years. For example, I’d download some albums from Bandcamp on a Friday and listen to them on the Saturday morning hike.

Besides that, basic diversions like cooking & eating, drinking, literature. I enjoy subjects like cultural anthropology and history. I’m also into graphic novels and comics." 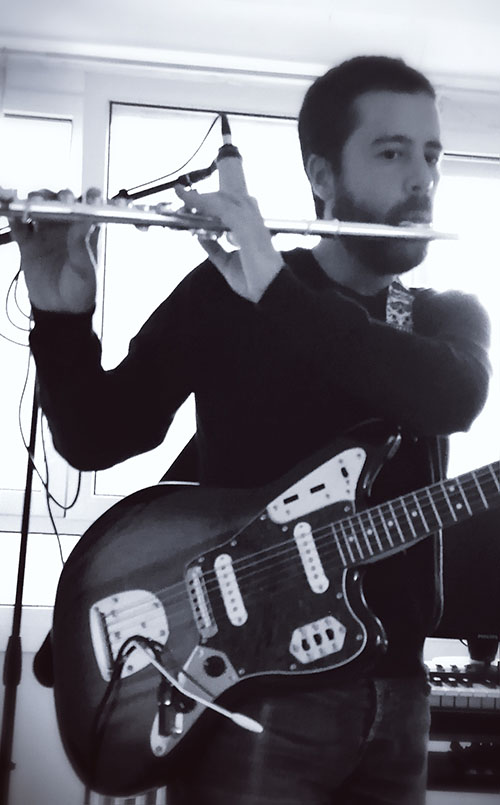 "HOT music to me should fulfill at least one of these:

To have an emotional or intellectual impact on the listener.

To be functional, to serve a purpose: be it help you sleep, dance, accompany a ritual, be background music in an airport, etc.."

"In the late 70s Punk exploded and it changed everything. A myriad of small labels were created and people learnt they could “do it themselves” without the help of a music corporation.

All the people that release music independently are nothing but the offspring of that movement, no matter if they do garage-rock, hip-hop, ambient or whatever.

Also, in the early 70s we had the Krautrock scene, which was a melting pot of psychedelia, prog-rock, early electronic and even protopunk. We wouldn’t have Joy Division, Cabaret Voltaire or even full genres like Post-Rock without Krautrock.

Most of our 1st EP feels positive and bucolic, it has a hippy vibe, especially in tracks like Breeze or Ninfa. However this was different. COVID and the state of alarm had started and I was under hard-lockdown. My place of work had to shut down for 2 weeks and I was completely isolated, without seeing friends, family or colleagues. It was really depressing, so I decided to set the hippy thing apart and do something dark and gloomy, inspired by the kind of black-metal sounds I had done in my earlier years. Ale added a fantastic flute line to the song.

This song is a mixture of folk and Hendrix-inspired psychedelic rock. I was listening to African folk while doing this and took some inspiration from there for the acoustic guitars. It’s part of our 2nd EP, which is dedicated to the notion of a changing world after the pandemic experience. This song in particular tries to reflect a personal struggle between the material & the spiritual, the resistance to accept that we are nothing but a walking piece of meat and that we are treated like that by the elites. In other words, it’s a really nihilistic song.

Solstice is a perfect metaphor for change, a liminal space between 2 different states. This song tries to reflect the uneasiness before a world we don’t recognize any more. It’s inspired by the guitar work of now-wave guys like early Sonic Youth and Glenn Branca. I did the flute on this one, that tries to add extra tension."

BONUS Q: Does Sugaar Pan have any meaning?

"Since the founding members of this project are a Basque and an Italian guy, we decided to make a reference to the mythologies of our lands.

Sugaar is the primordial serpent in basque mythology. A phallic, malign entity that fertilizes goddess Mari, the Mother Earth.

Pan is the god of shepherds and flocks in classic mediterranean mythology. The faun, the friend of Dionysus. The word “panic” comes from here. "

Just how great to learn a different cultural perspective out of reading you! - Ann