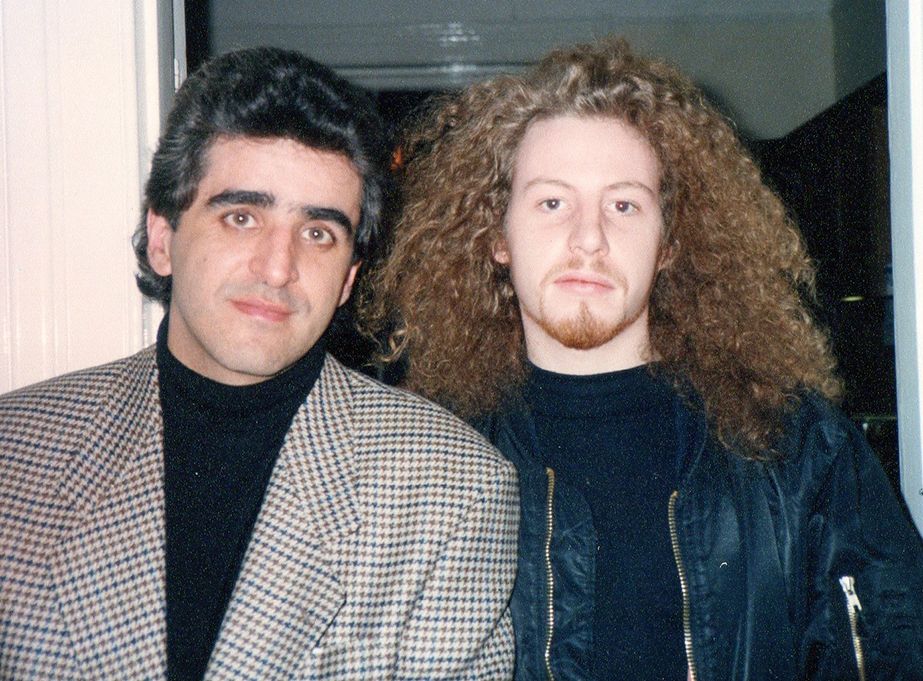 Photo of Gib with Jaz Coleman from 'Killing Joke'

Gib is a talented musician of action and a very modest multi-instrumentalist! He has produced quality tracks faster than anyone known to me in the Indiedom, bearing a strong principle to accomplish tasks without any delay.  His distinct instrumentation style fits the mainstream cinematic ambience.  He produces rich sound designs, with themes that are, at times, dark and mysterious.  Upon my invitation, Gib agreed to answer some from my list of prepped musical questions, which I am excited to share with you:

"Hello, I'm a solo Artist, Gib (pronounced Jib) from the U.K. currently living in rural Sussex which is 30 miles south of London.

I do instrumentals in many genres but mainly Alternative Rock, Indie, Experimental, Soundtrack and Electronica.

I've released numerous albums and E.P's which are available on all platforms. I release on average around 100 tracks a year.   More since Covid and the numerous Lockdowns."

Share your favorite quote or epiphany as a musician.

'When you start to doubt yourself the real world will eat you alive...It's time to shine' Shine - Rollins Band

'Life is too short to be miserable!' - Devin Townsend

"Sometimes I have a clear idea of what I want to write like the album Secrets, with titles like Secrets, Lies, Smoke, Mirrors which was influenced by the American election campaign, British politics and big corporations avoiding paying taxes.

The track Justice from the Exploration E.P. was as a result of the George Floyd and Black Lives Matter protests.

It was a very volatile time worldwide.

Most of the time the music and the feel of the track will suggest the title.

The album Introspection was a loose concept album to do with Covid before, during and after which is evident if you go through the titles.

I write very quickly and usually have the track written in 3 hours and then a couple more hours for lead riffs and tweaking.

I tend to mainly write on the keyboards at the moment and usually start with a chord or sound or riff which I will develop, add drums, bass and extra sounds and instruments and riffs.

99% of my tracks even though they are instrumentals are written in the traditional song format of intro, verse, chorus etc.

I may well go back to doing vocals again but enjoy the freedom that instrumentals offer at the moment."

"I love the blank canvas with music. You can do any emotion, as simple or complex as you want. Explore and push yourself, experiment and surprise yourself with a new melody, chord sequence, riff, drum beat or sound. There are no boundaries to stop your imagination and with instrumentals there is no rigid channeling of what this piece of music is about. It can go and travel and transport you with it to some different place and emotional instant moment.

Making music has always been about escapism for me. Leaving this reality behind. It can be an emotional release, a physical freedom without moving, a journey to somewhere new.

I still love that moment when everything just flows and whatever you come up with works and it enhances the track even more.
That is the magic that makes me not just like making music, but LOVE making music."

"I play bass, guitar, piano and harmonica but mainly use keyboards and synthesizers. Everything is played by hand and not just done on a laptop or a workstation which increasingly seems to be how more and more music is being created.

I have numerous notebooks with all the notes and the chords written down.

I can't read music but have enough written down in the note books that I can play a track back on a piano or guitar.

In the past I have used samplers, effect units, guitar pedals and generated sounds to create sonic landscapes.

I have boxes of cassette tapes of songs, jams, experiments and gold dust and rubbish. The past is gone and the future beckons and has new rewards.

Everything is a learning curve that propels you forward."

What or who made you pick up and learn your favorite musical instrument/s?

"My late brother Paul was the person who kick started my interest in music and got me my first bass guitar when I was 12.

A play on the Jimi Hendrix Experience. He nick named me Gib (my name is Giles) after a school boating holiday...  how a Jib mast translated into Gib, his brother I don't know. He was Eric after Eric the Viking (He had a weird hair cut which people remarked made him look like a viking).

I learnt how to play bass plugging it into my stereo and playing along with Jimi Hendrix, various Psychobilly groups (The Cramps, The Meteors ...my brothers music) and much later Black Sabbath, Killing Joke and whatever else I could work out and play along with.

That feeling of pretending that you were playing live in front of a huge audience on the live version of Black Sabbath by Sabbath because you'd cracked how to play it was immense and a real buzz mid teens!

We played in various bands together until my early 20's. Our first gig when I was 16 we played 5 Killing Joke covers and one of our own tracks. Our singer dressed as Jesus with a sheet as a tunic and a crown of thorns. Strange but interesting times!

Whichever band I was in there was always someone who left and any momentum gained was lost. The situation repeated constantly and I got more and more disillusioned with how much time I was wasting joining bands and learning new material only for them to implode.

As a bass player you don't tend to write a lot of material for the band. I was writing and developing solo with guitars and keyboards which was very rewarding but I always took a back seat for whichever ego was in control of his band. I think the final straw was spending months learning and practicing with a bands last CD for a series of gigs as support for the metal band Cradle Of Filth only for the guitarist to not be able to remember how to play his own songs.

The gigs never happened and I've never worked with other musicians since.

- It's a great experience when you had this life's turning point and discover that you have the power to do music on your own!  -- Ann

"The track 'Endless' was a break through track for me as through experimentation with pitch bends, delays, space and pounding drums I'd really gone out of my comfort zone and broken new ground. To listen to it, you'd say that's alright. I'm happy to say that I have quite a few break though tracks which may have bridged a new style or technical lesson. The tracks Numbing (one of my most successful), Sylvie and Enter have also been good break through tracks with styles of playing and song structure.

I've done a couple of 10 minute progressive rock tracks (2B3 and Why?) but they haven't had the personal impact of that moment of revelation."

Could choose a different 20 tomorrow!"

"Hot music is what moves me, brings me to tears, makes me giddy with joy and emotion or makes me wish I'd done that.

All the well known artists we all follow and have had numerous mentions here already in previous Q and A's.

It's criminal that these artists have more talent and vision in their little fingers than lots of huge artists out there."

Who is the musician you could be best associated with the most?

"At a push it would be someone like Moby! Does punk and metal, acoustic and dance, soundtrack and pop. I'm a solo artist who does various styles.

Saw him live 20 years ago and great energy and attitude." 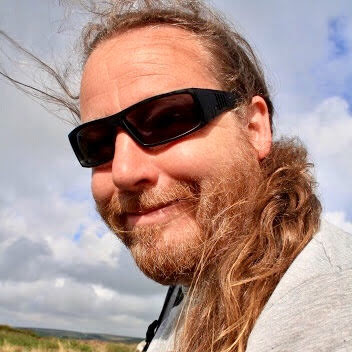 "I absolutely love the bass player from Rollins Band Andrew Weiss's bass playing and sound. I'd love to hear what he'd bring to a jam session now as he's a producer.

"I've hung out with Killing Joke a few times and everyone is human and down to earth. Wasn't phased or awe struck.

With anything in life lose the fear and life is easier."

"Playing a gig to a hall full of special needs and Down Syndrome adults at Christmas. The sheer fun and buzz they got from it was fantastic."

"Other than playing to and for special needs adults...very rewarding."

"70's. Before synths and auto tune when musicianship was everything. Everyone worked and played harder. Better musicians. Minus the drugs of course!"

Andrew Weiss - Rollins Band bass player..listen to The End Of Silence album and the sonic textures he created

Jean Michel Jarre...  The early stuff was so complex and mind blowing ...an innovative talent who hasn't stopped developing"

"Numbing...  from deep grief and loss came something beautiful

Windows To The Soul...  Dark and full of beautiful menace

Used Up.... Climate change has killed the planet."

BONUS Q:
What one word best describes you as a musician?

Add your own interesting question (and answer it):  Would your ancestors be proud of how you lived your life and your devotion to your music?

"I think they would. I've always worked hard and never sponged off the state and my belief in creating beauty when my life is crap is something that is admirable because I can show I've pulled a diamond from the rubbish."