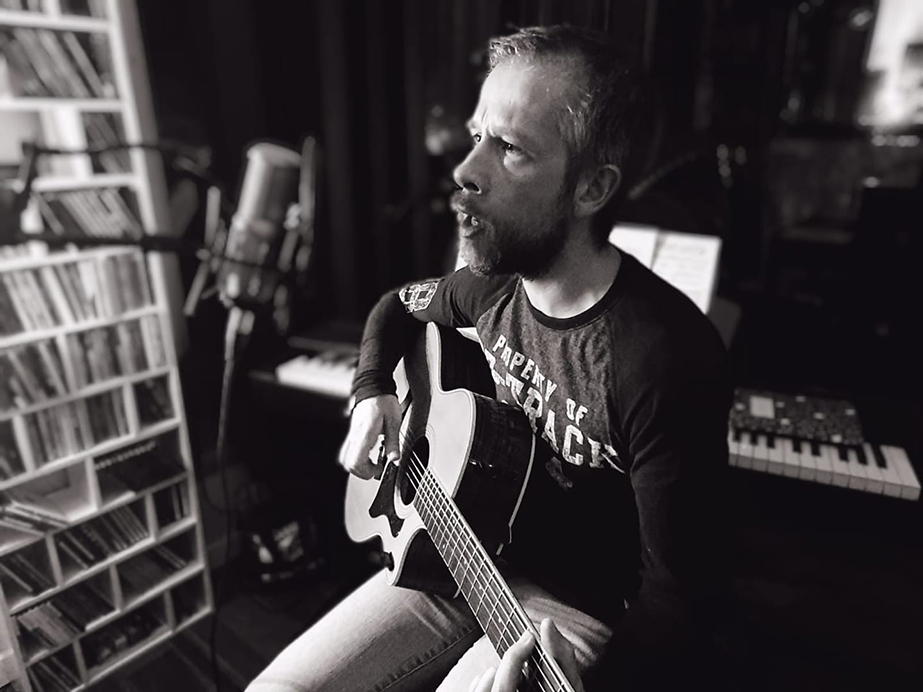 Byebyefish is one of the finest musicians of the Indiedom. His opus and renditions outshine at many levels, reaching out to communicate with depth, even if sung in another language. As I mentioned in the past, his music pierce the soul -- a metaphoric statement about how such careful compositions can have a profound impact on one's listening experience. Upon my invitation, Francois (Byebyefish) agreed to answer some of my prepped musical questions, which I am excited to share with you:

"Making music gives the opportunity to speak to every people around the world in a non-language. Even in your own language, there are some words, thoughts or feelings you can’t describe if you don’t have enough distance and are comfortable with it. Making music allows you to do so, with an infinite variation range for each instant:  you can interpret or change notes to give a slightly different meaning to what is composed. It exactly reflects who you are at that very moment. And everyone around has the opportunity to understand this perfectly, with a direct message carved in their hearts… if they try to be very open and listen."

What instruments do you play?

"I started playing piano at the age of 6. After 10 years of classical training, I started to improvise and to compose. At that time I was trying to have a similar approach as friends who were self-taught musicians. When I was 20, I practiced some guitar chords. It was only 5 years ago that I finally freed myself from piano dependency. Back then I played with my two best friends in a band named Emo Echo. Our music project was to experiment every new instrument or sound if we thought it could be useful, whether we had the ability to play it right or not. I’ve tried many keyboards and also bass, guitar or even drums… Our band stopped shortly after but it was obvious that I had to start a project with a new instrument. It was guitar and I practiced it while composing each song of the ‘De Pénombres en Lumières’ album. Then I practiced bass while recording its arrangements…

Today I’ve finally succeeded to become this autodidact multi-instrument musician and it makes me much happier than being very gifted for only one. Even if I’ve started to practice my classical piano skills again…"

"I don’t know if it’s my favorite epiphany, but I like the ‘No future’ punk nihilism. I believe there is a punk aesthetic in my music, even if much more quiet. I’m searching for something raw, something pure, something different from today’s ‘sweet positive boring’ consensus. And Byebyefish is an ironic nihilist name…

Even if I often do my best to be optimistic, who can deny the dark perspectives for fishes, birds, humans, or anything living on Earth?"

"I love this question! Because even if many thoughts come afterwards, the key moment for a new song is the instant when you’re finding a new theme and you get a very special feeling at the same time. If this new composition beginning is good and if you remember what you exactly felt when playing it, then you have it all. You can think about the whole song, about its structure, find lyrics, arrangements that fit… all of these come to illustrate and lighten your very special feeling. But this feeling can’t really be thought because it directly comes from your heart." 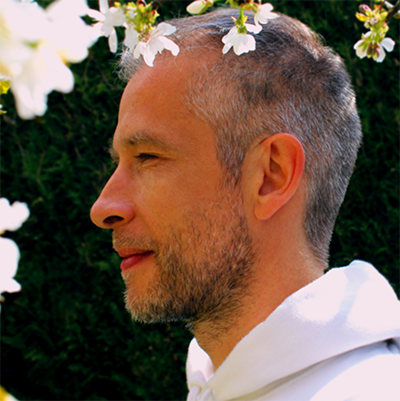 "It’s always a bit difficult to select some specific tracks because every creation is an important memory. But no doubt I can pick some songs that represent something very special.

First pick would be my 10-year-old piano lullaby ‘Flight’. As any of the other pieces of that album, it was composed for my newly born daughter… growing up she asked for the album quite often before falling asleep. And still today, she especially asks for this song. I also love to play it because everything in it is really relaxing: cool classical sound, soft piano keys contact.

Then I name ‘Aux étoiles’ because it is a bright song. My music is often melancholic and somehow this positive track is a rare thing for me. Light is also more accessible to many people than melancholia. It was the first song I fully arranged and it gave me confidence to finish my ‘De Pénombres en Lumières’ album. Lyrics were understood by French people who liked images in them but surprisingly enough also by many people around the world. This global understanding meant the universe to me.

Lastly I’m choosing ‘A Fresh Start’. For a number of reasons. Because it marks my comeback as a piano composer. Because I’ve changed many things in my ways of practicing, arranging every note, reaching for a much more mature output. And probably because I’ve spent hours filming and making my first music video ever… I was so glad to deliver another message to listeners with these clips… always in a self-taught mode!"

- What an inspiring explanation of your music as a composer.  It breathes with life! -- Ann

"Let’s start with a classical figure: Claude Debussy! I’m an absolute fan of his piano compositions… I like everything from him: post-romantic sensitiveness, ambitious non-modal compositions, incredible harmonies…

Then no doubt my indie rock cornerstone would be Radiohead: not only because they released incredible albums but they kept pushing and even accelerate their own creativity too. They showed indie musicians an interesting way to manage their relationship with the music industry.

Finally I’ll pick a French musician, Serge Gainsbourg. Don’t know if I can consider his music as a real influence, but his own influences, thoughts and poetic lyrics are most inspiring to me."

"5 years ago I was part of a collaborative international Australian / French indie rock project named ‘Projet Tiret’. After 2 years of distant work, we just released an EP album, one composition by each musician, the others arranging.

The Aussie friends came in Europe and we played two gigs together, in Paris and London. Our London trip was absolutely memorable. We’ve played in a great concert room among other wonderful local indie bands. For a weekend, I felt I was having a rock star awaken dream."

What one words best describes you as a musician?

"I would choose the word ‘sincere’. Because I’m absolutely unable to play a music I don’t believe in. Or to play with people that I don’t fully trust. It can of course be considered a bit ‘naive’ by those who follow the music industry standards… but I really don’t care. There is no other way for me otherwise I would feel really too uncomfortable. Now I consider this quest for pure sincerity as something quite rare, potentially differencing even and that can bring my art to another level."

"Life is full of so many interesting things to do… I love to run, walk, run a bike, travel… All these activities are a ticket to discover new countries, feel nature, see beautiful landscapes, meet wonderful different people… what an amazing inspiration source.

I would like to have more time to watch arty movies, read books or study History… but for the moment my hands are full and I really don’t have the time."

Bonus Q:
What are your next objectives?

"There are so many! First, I would like to develop my solo piano compositions audience. I plan to release some new indie songs as well… and I would really love to make some ‘hyper value’ collaborations… Actually I have some collaboration projects, but as I am somehow superstitious, I don’t want say more before the songs would be close to be released.

On the curating aspect, I intend to bring my playlists to the next level. It’s really outstanding to discover amazing unsigned artists, and be able to connect with some of them. I want to offer to those peculiar artists friends and close colleagues an helpful service with these lists (soon I hope).

I am thinking about having a web site too… so many things to do! "