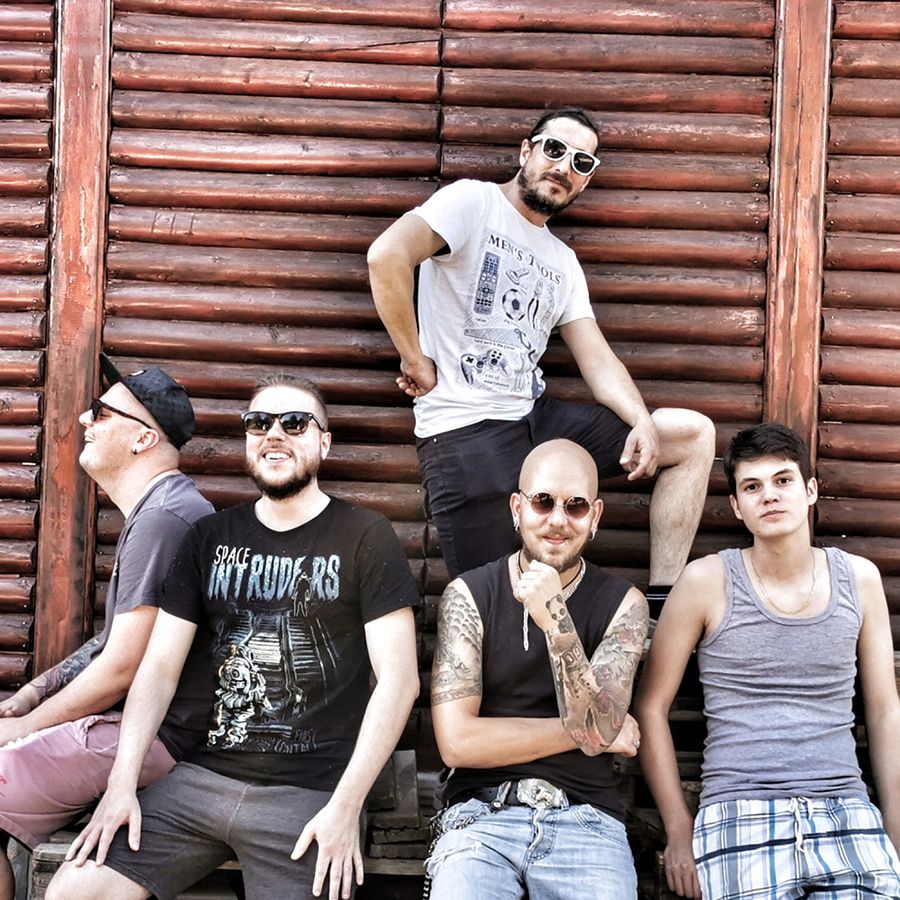 Hands down! This relentless five-piece alternative rock band - BaYaT - can shudder the listener's mind with riveting impact, like what exactly gets to you when you hear their song Madness, which is a statement. The band captivates the Indiedom with solid production, signature rendition, and teamwork. Upon my invitation, the band's front rep chose to answer from my list of prepped musical questions, which I am excited to share with you all.

Favorite quote or epiphany as a group:

"'Less is more' is what we keep telling ourselves, one of the phrases to remind us not to overdo or complicate things.  Which can be difficult sometimes."

From the very beginning things came together on its own, piece by piece.  First comes a good riff, often with some kind of a basic rhythm, then I come up with some idea for the chorus. That’s how it usually starts.

After that the song grows and the rest comes together from there. Our main goal is to have a great balance of energy, melody, message and that punch that leaves you thinking."

"Oh, there are so many things, freedom in every aspect, the whole process from our heads and hearts to the final product is always rewarding and also challenges we go through sometimes while we create are always new and you end up learning something new every time."

"I guess everyone has its own, but we end up with some kind of a string instrument in almost every song."

"I'm not sure if I know the answer to that one. Definitely you can hear our influences we grew up with from 80s to 2000s, but I wouldn't say we are associated with any of them."

"Nature and everything that has to do with it, hiking or working in it, or just simply relaxing in the nature. That kind of stuff."

If you meet your most favorite band/artist, what would you tell him/her/them?

"Sadly, most of them I wanted to meet have passed away, but it would probably be "thank you for your music". There is a lot of talk about, but that is the essence of what I want to say to musicians that impacted my
life."

"Right about now I just wanna jam. The best jam is always with the people you know."

What is your most memorable experience as musician?

"Everything about it really is special and memorable. I really enjoy doing what I do. But the most memorable ones would definitely be winning the Balkan’s Battle of The Bands, celebrating 40 years with one of the biggest bands around here Generacija 5 on a big stage in front of tens of the thousands of people and the last concert of BaYaT at Bela Crkva as a part of our 'So It Begins tour'."

What is your funniest experience as a musician?

"I gotta say no.  I take music seriously and in a simple way.  I love to sing, to exchange energy with audience, and I always do that with clean and full heart."

"Well, every song we do for now, seems like a one step further. We explore all around our base which is in essence Rock ‘n’ Roll.  Slowburn was also a bit of an experiment and I’m really proud of it.  The most innovative one is the next single that is about to come out in a couple of months."

What are your top 3 most favorite tracks from your discography?

"'Wasted Land' is the song I wrote in a very short time. It just kinda came out and perfectly summed up our first album. It is 100% me and truly a favorite of mine.

'Madness' also came out at the right time with the right lyrics and emotions.  Whenever I hear it, I instantly feel everything that I felt at that period whilst I was writing it.

'So It Begins' is probably the first track, the lyrics of which I wrote in full and instantly had an idea about the whole song. I think it also came out exactly how it was supposed to, with a really focused and powerful message."

"Like you noticed I do like 70s, 80s kind of vibe. It was happy, good times especially when it comes to RnR. But I wouldn't wanna be in any other year or decade. Every time has its own thing and inspiration comes from that.  At least for me. Maybe just a glimpse into 70s and 80s would be enough..."

BONUS Q:  What one word best describes you as a band?