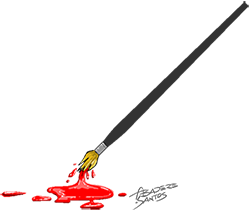 Written and Illustrated by: Ann B.S.

Probably one of the most interesting of the drawing tasks is doing the Human Figure. I already pointed this out in this earlier topic -- it's a shortcut if you study drawing human figures first before drawing other objects. Skipping this process could be a bump on the road in the future.

If I am making sense, any (serious) artist will not skip learning how to draw the figure. Everywhere, we deal with ergonomics, anthropometrics. Life is full of people. Figure art is needed every step of the way.

So let me proceed:

The aim of this subject is to make each detail of the human figure easier to grasp and to help you apply it instantly as a concise reference.

IT'S ALL IN THE HEAD (Pun intended):

In real life, the human height is about seven (7) heads. But we are talking about artistic drawing. And so, we will use eight (8) heads for the sake of graceful execution as basic default. 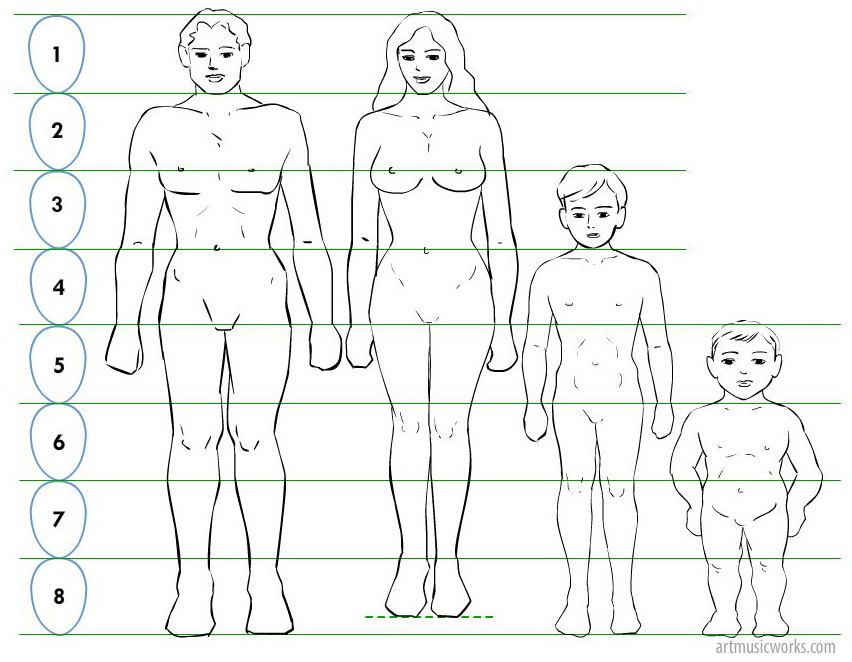 The head and its Plane 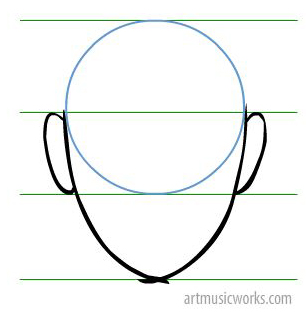 >>> THE BROWS. Always start at the line of growth to make brows more realistic. Play with stroke and try not to make it too solid.

>>> THE EYES.  I learned this quite sensibly. The main keywords when drawing the eyes are: "curve-straight-curve-straight." This guides you to draw effectively shaped eyes. Avoid putting lashes if the drawing is at a distance. By assuming scale, lashes are not visible when far.

>>> THE NOSE. Observe how the structure of the nose develops. Nose evolved from bulges. By doing the shadows, the shape forms in a good way. Just let it take form without sweating it too much.

>>> THE EARS.  Drawing them has no definite rule. Study the strokes at the left. Copy it as is from a live casual model, your sister perhaps.

THE LIPS >>>
Observe how the lips form out of ellipse shapes. These shapes serve as guides to imagine the form and bumps of lips.

<<< THE BODY.  It is handy that the head does a great job in proportioning the body. The head alone can make everything in the dimensioning of the anatomy.

ParagraphThe Muscles and Bulks in a Figure

Try to visualize, memorize by practice or refer to these images. Learn to apply the muscular logic of human bulk to give life to your figure drawing. 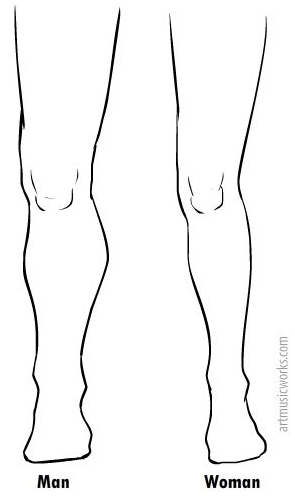 You see, men and women both have the same form of limbs except for the toughness. Woman's limbs appear rounder and smoother.

A little secret in achieving the masculine forms for male drawings is to keep on mumbling the phrase "men are hard" whenever you draw men's legs. Well, practically, not just the legs but every part of the male anatomy. Keep mumbling it until you finish your drawing. Somehow it works for me. :)

Continue on the next page